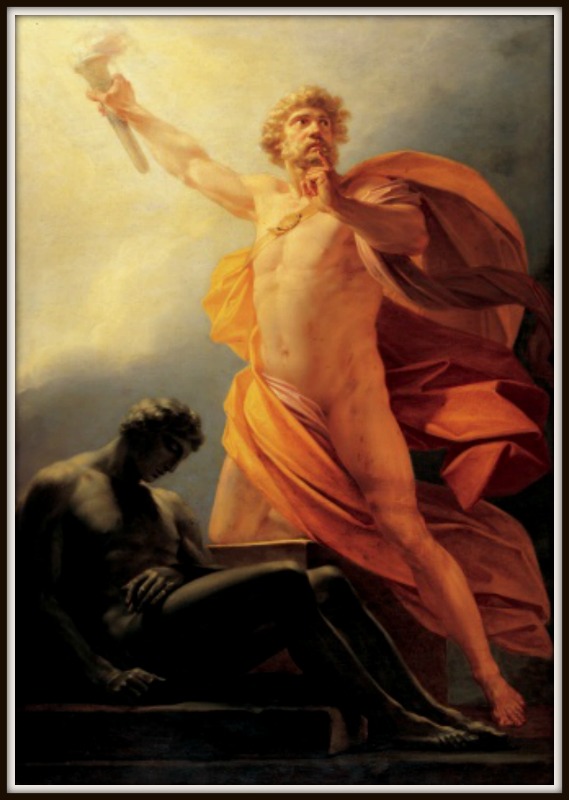 Prometheus was a son of Iapetus by Clymene (one of the Oceanids). He was brother of Epimetheus, Menoetius and Atlas.

Prometheus and Epimetheus, were two titans who were spared imprisonment in Tartarus because they had not fought with the Titans during the war with the Gods.

They were both given the task of creating man.

Prometheus shaped man out of mud, and Athena breathed life into his clay figure.

Prometheus had assigned  Epimetheus the task of giving the creatures of the earth their various qualities, such as swiftness, cunning, strength, fur, and wings.

Woefully, by the time he got to man, Epimetheus had given all the good qualities out and there were none left for man.

So Prometheus decided to make man stand upright as the gods did and to give him fire.